The big stone circle you can see on Haskell was once a fish pond. In 1940, the City procured and donated 30 acres of land to the US Fish Commission to raise fish for stocking ponds and lakes. Pumps installed in the Colorado River fed irrigation ditches that filled 19 huge ponds used to raise bass, sunfish, and channel catfish. The fish were then transported by truck to lakes and farm/ranch ponds in 39 counties to “provide 100,000 days of healthful outdoor fishing for Americans of all ages.” The director of the US Fish Commission who managed this fishery was selected to lead the creation of The Smithsonian Institute and his duties and this hatchery were then transferred to the Department of Interior. The site was also under the US Dept. of Commerce Bureau of Fisheries where specimens were bred and studied along with other research projects and field studies about aquatic life, sediments, and flood control. Labor to build the ponds and buildings was provided by youths involved with the National Youth Administration Service (NYA) from 1940-42 with an average of 30 youths per period being supervised by skilled laborers employed by the Service. At one time President Johnson was employed as a field supervisor for the NYA. A report from 1941 states that “…the youth labor has consisted almost entirely of Mexicans and colored boys ….providing the Service with much labor without cost, the work has allowed the youths much work experience as well as financial gain.” The youth, who were based at the NYA Training Center at Inks Dam, also built furniture, painted signs, and installed the posts you see at the entrance that used to have beautiful Bronze Plaques on them. The two structures on either side of the brick pond housed the Superintendent and the Fish Culturist. There was another building that served as a large office, feed room, workshop, and small lab.

Generations of tourists, school children and nearby neighbors toured the buildings to learn about the fish hatchery program and field studies. Many adults in Austin can still remember school field trips to this pond to see a big gator and lots of fish. At the pond, looking slightly northeast, you can still see the large pipes and faucets that brought Colorado River water into the ponds and the concrete ramps used to load the trucks with fish. The hatchery operation closed sometime in the late 1960s. , In 1968, with native son, Lyndon Baines Johnson in the White House, the majority of the land was eventually given to a new non-profit, Austin Geriatrics Corporation, to build a model, senior citizens independent living residential tower. One of the Tower’s most famous residents was Mr. Isamu Taniguchi, a landscape architect and farmer, who was forced during WWII to move from his adopted home in California to live in a Japanese Relocation Camp in Crystal City, Texas. Isamu remained in South Texas, growing flowers and crops. He retired in Austin to be closer to his son, Alan, and out of gratitude for his sons' education at the University of Texas at Austin, Taniguchi offered to create a Japanese garden for the City of Austin. The city parks department let Taniguchi have three acres of land in Zilker Botanical Garden which is now known as the Isamu Taniguchi Oriental Garden.

Isamu tried valiantly to restore and preserve the fish pond and create a mini-park out of the remains of the fish hatchery to include a large fountain in the area that acts as a retention pond for the parking lots behind the Tower. He could be seen tinkering in the old warehouse space that he converted to use as a greenhouse until his death in 1982. Isamu Taniguchi's son, Alan, has trained thousands of young architects in recent decades as dean of the School of Architecture at the University of Texas and as director of Rice University's School of Architecture. Isamu’s grandson, Evan, serves on the city’s Comprehensive Plan Task Force. The Austin Geriatrics Corporation is working with the neighborhood to improve the property and continue its mission to provide seniors with quality, low-cost housing in a sustainable community. 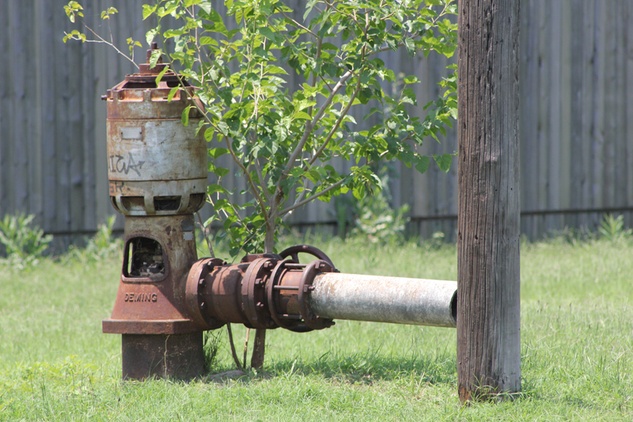 Pump from the National Fish Hatchery Photo by Gabino Iglesias 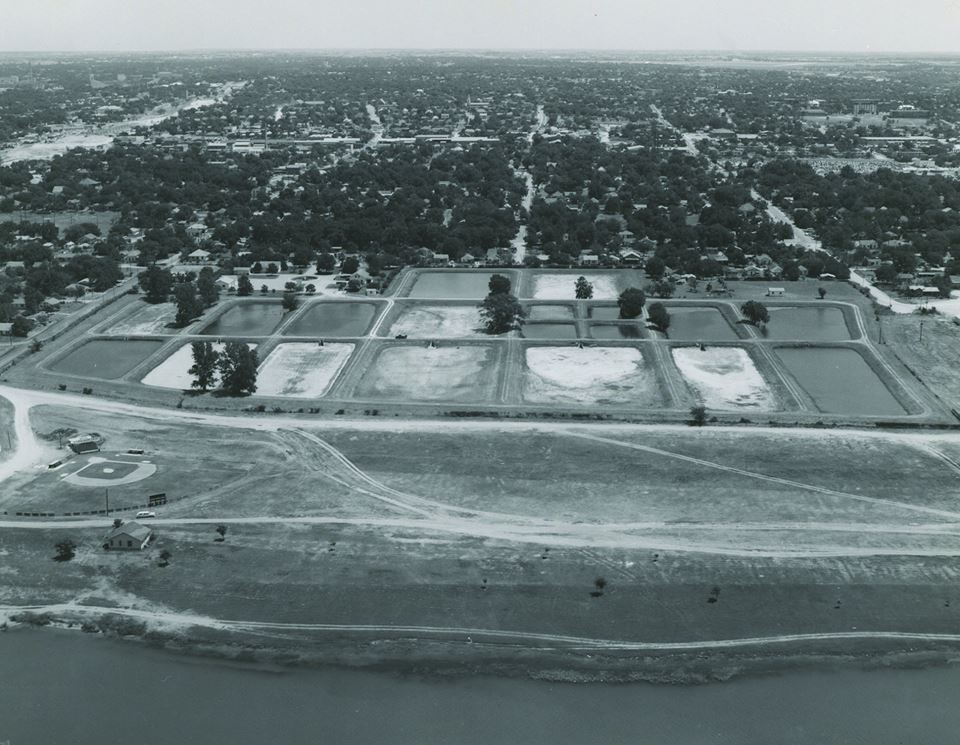 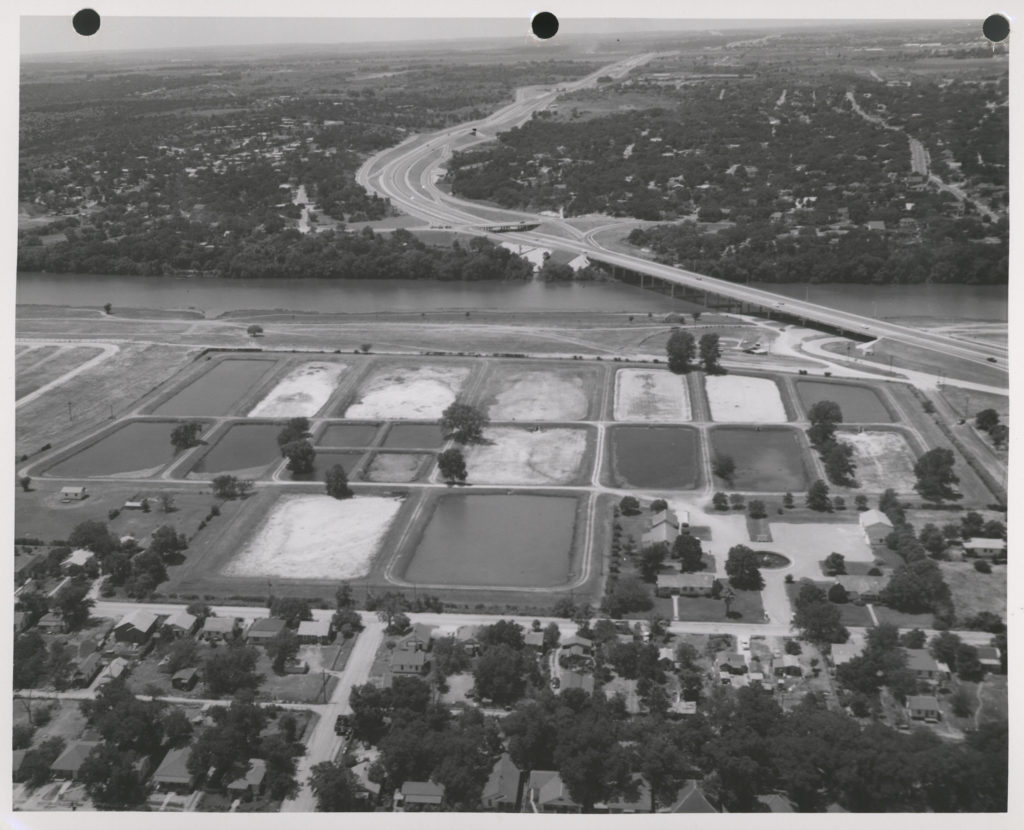